Paul Thomas Anderson’s films are war films. The war in question is one war, the war of narrative. From Hard Eight through to his latest film Phantom Thread, the director introduces us to a protagonist who seeks to self-actualise through owning the narrative. These protagonists are then invariably surrounded by antagonistic characters who attempt to undermine this process of individual narration, hinting at the greater role of fate, or chance, in the cinematic reality. So far, so classical. It is fate that these protagonists are at war with. They seek to convert fate into a narrative of control and mastery. In the one exception to this implicit patterning, Boogie Nights, the central character of Eddie Adams, or Dirk Diggler as he becomes known, is like a mirror image of all the other P. T. Anderson protagonists. Here is a man who embraces and actively seeks to pursue fate, while everyone else tries to craft a power narrative around him.

The two clearest examples of this war of narrative are to be found in The Master and There Will be Blood. In the former we are introduced early on to the character of Freddie Quell (Joaquin Phoenix), a washed up naval officer and sometime photographer, with an extreme self-destructive streak. Quell’s life is depicted as an aimless blur of days and chaotic, often drunken, incidents. Fate pulls Quell relentlessly through time, toward the point when he first comes across Lancaster Dodd (Philip Seymour Hoffman). Dodd is the inscrutable sage of a quasi-scientific contemporary belief system, loosely modelled upon L. Ron Hubbard’s Scientology. Here is a man that believes he has conquered the very idea of fate, consigning it to the garbage can of human failing. His curious method, which underpins the belief system he has created, is a narrative assertion, and one that enables him to control and dominate others, ultimately exhibiting a mastery over existence, bending reality to his will.

Quell is the unwelcome reinsertion of chaos into Dodd’s sphere of control. Freddie serves as a reminder to Dodd that some things remain hostile to the narrative he has created, presenting a challenge to his life’s work that must be overcome. In this sense Freddie is a fateful engine, a mechanism of fate careering straight through the narrative organisation of Dodd’s belief system. In one of the film’s most striking sequences we see Dodd trying to exert control over Freddie by exploding his chaotic impulses. In the sitting room of one of his faithful, Dodd forces Freddie to pace back and forth, over and over, until the chaotic becomes an expression of control, a system of Dodd’s narration. Yet despite Dodd’s best efforts Freddie cannot yield to purpose, he is a creature of chaos, and no amount of role-play will make him discernible as part of Dodd’s organised and coherent system. Mastery is not to be for Dodd, and the master of this film is fate, with Quell its primary agent. 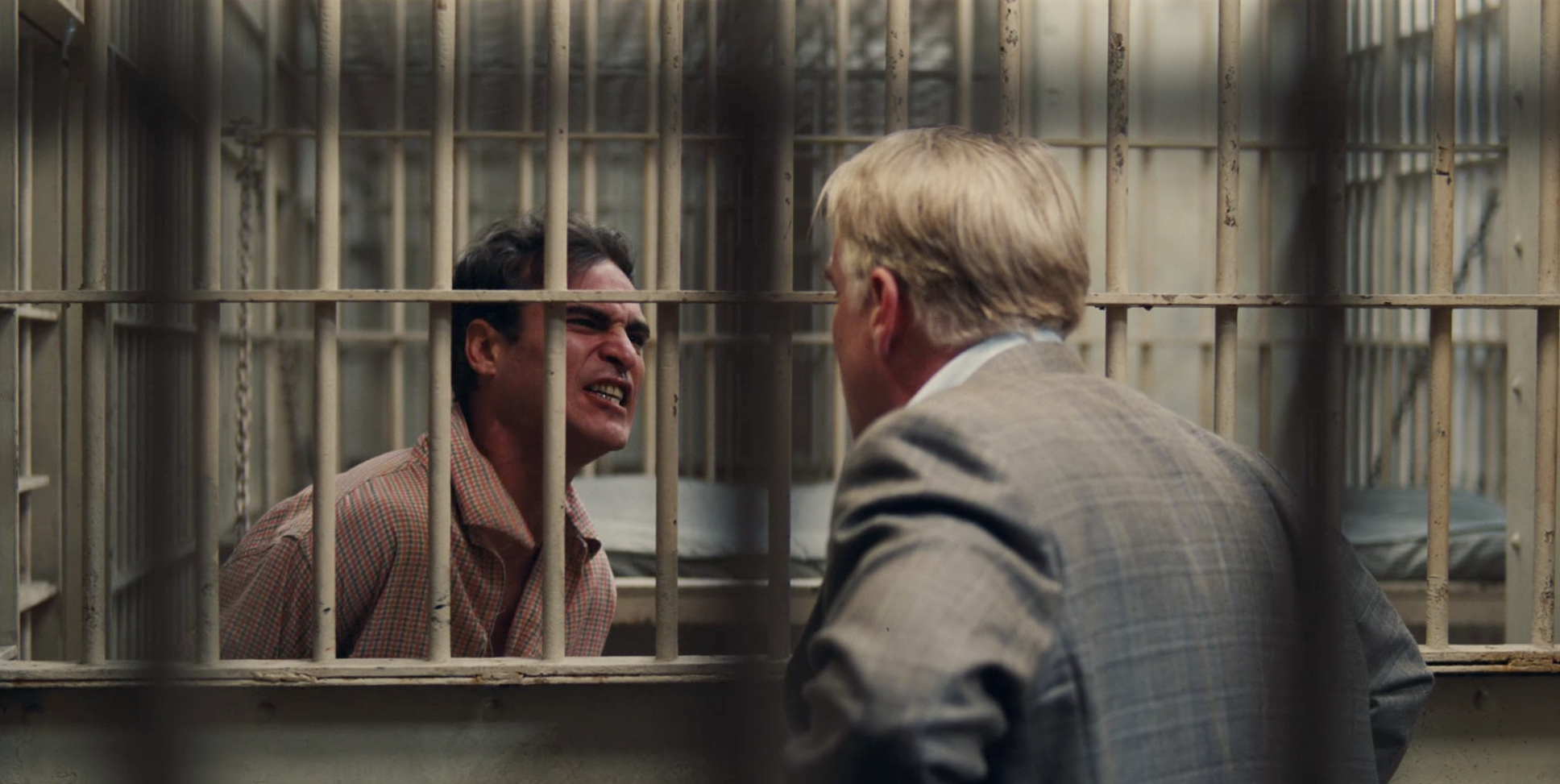 This logic of war on narration is most precisely chronicled in 2007’s There Will be Blood. In the near wordless opening of this film Daniel Plainview (Daniel Day-Lewis) is shown to be a beneficiary of fate’s fickle nature. Surviving a life-threatening accident while prospecting, Plainview stumbles upon a precious ore deposit. Managing to establish himself off of this discovery he then benefits from the death of a co-worker, who has just discovered oil. Adopting this co-worker’s baby son as his own, he takes control of the oil field and presenting himself as a family man who has suffered terrible tragedy he manages to acquire vast oil wealth from naïve landowners. By the film’s end Plainview has established himself as a ‘self-made man’, the American dream made flesh. His will has shaped the world as an expression of his singular personal narrative. Chance has been eliminated, fate made an illusion of weak and pitiable people, his strength of character, his relentless and clear-eyed purpose converts everything and everyone into elements within his personal narrative. The film’s wordless opening gains so much resonance, because this laconic figure, has no language with which to narrate those moments of fate and chance that form the foundation of his story of mastery. 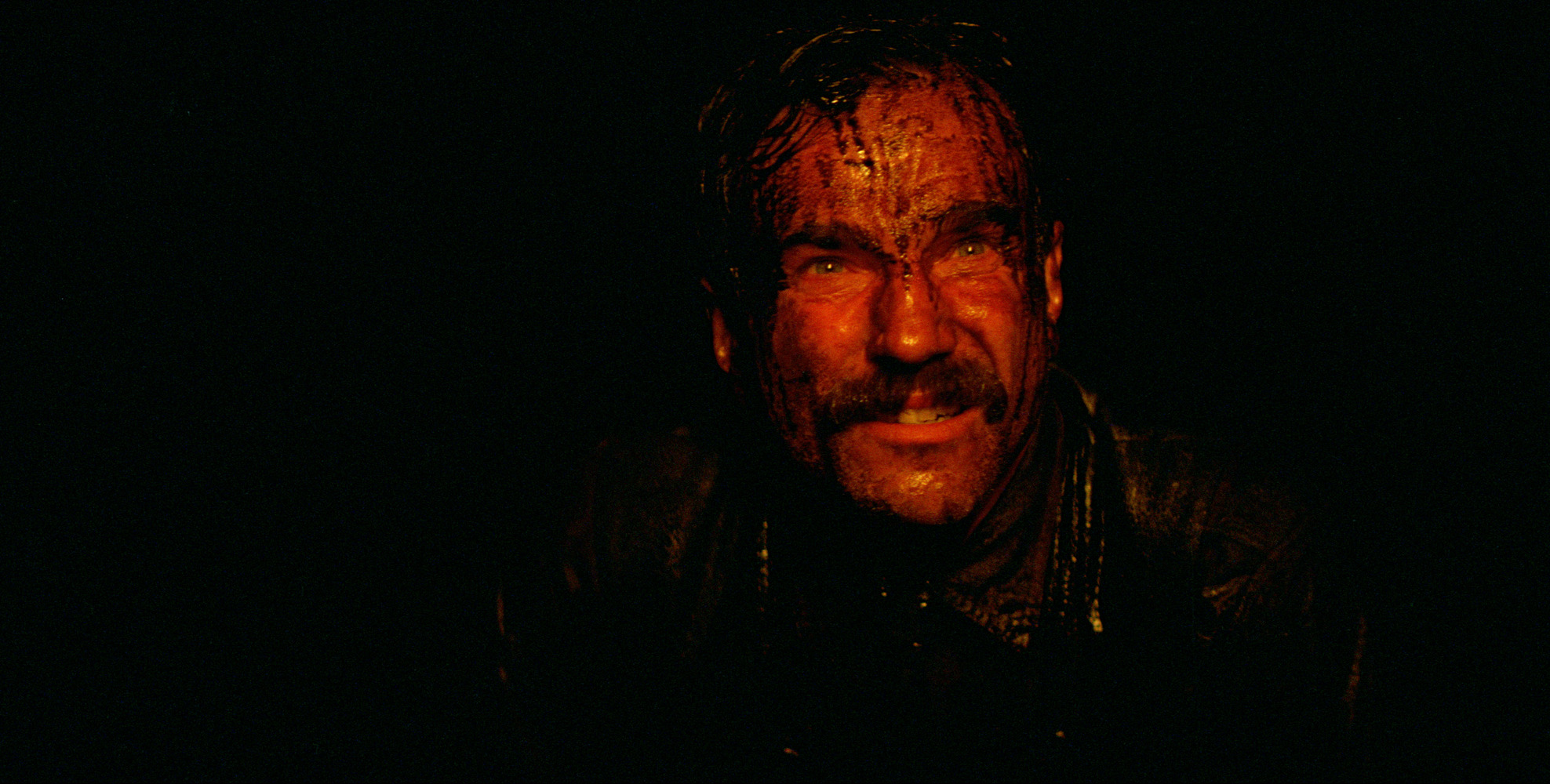 Set-up in direct opposition to Plainview are the spiritual hucksters of Paul and Eli Sunday (both played by Paul Dano). It is Paul Sunday who acts as the most explicit reassertion of fate in Plainview’s narrative of self-actualisation, as it is a chance encounter with Paul that makes Plainview aware of the potential oil wealth that the Sunday farmstead and church rests upon. To emphasise his position as an agent of fate, Paul effectively disappears from the film after setting Plainview’s acquisitive eyes upon their new target. Paul’s twin, the youthful preacher Eli, then becomes the direct antagonistic presence against Plainview’s insatiable desire toward narrative control. Eli’s faith is shown to be an alternate narrative, and one that dubiously makes room for the providential work of God. Plainview’s narrative of self, of capital, of acquisition, his irresistible narrative drive toward power and mastery, is actively undermined through Eli’s meekly expressed counter-narrative of chance, fate and unknowable godly purpose. At the film’s conclusion Eli’s insufferable contamination of Plainview’s narrative, the constant reminder of fate’s workings that Sunday represents, drives Daniel to act impulsively against his carefully crafted self-narration, thus underscoring the fated promise of the film’s title – there will indeed be blood.

Magnolia and Punch-Drunk Love, both serve as interesting variants on this war of narration. The former is driven by a multiplicity of competing narratives, all of which are constructed to obscure the over-arching mechanics of fate. From Quiz Kid Donnie Smith (William H. Macy) through to Frank T. J. Mackey (Tom Cruise), these narratives of self are constructed around a wilful ignorance of fate and its purpose, or the random circumstances of chance. Each of the character’s in Magnolia are adrift in their own distorted acts of self-narration, unaware of the one thing that connects all their individual narratives, the mysterious counter-narrative of fate. Fate teeters so perfectly between the chaotic and the systematic that it proves threatening to that sense of self underpinning the individualism of American society. 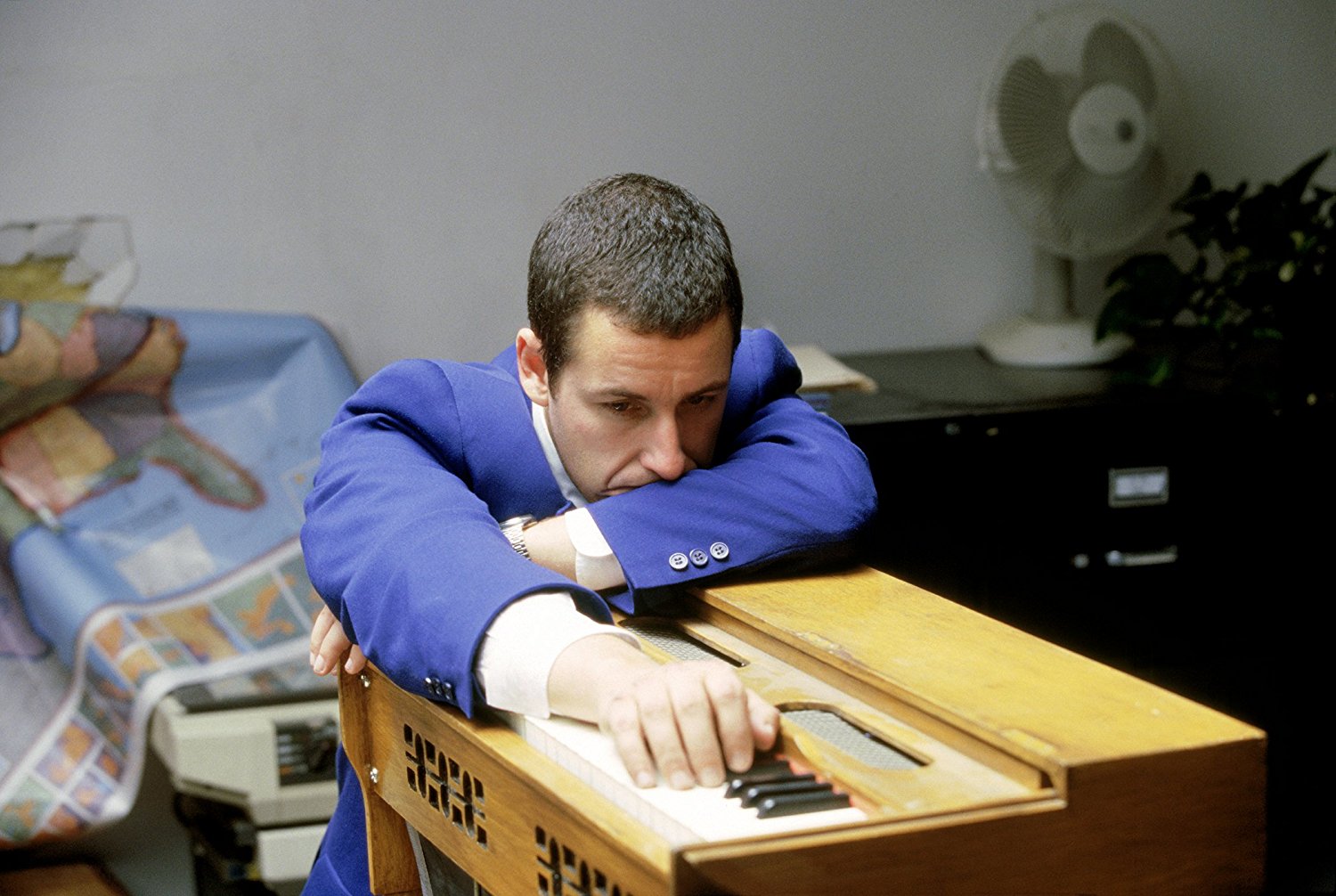 In Punch-Drunk Love Anderson makes his film an experiment in self-expression. Barry Egan (Adam Sandler) is a classic Anderson male, defined through the vagaries of his ‘business’ and his compulsive need to systematise the reality around him. Placed against the minimalist narrative impulses of Egan’s central protagonist, who could happily withdraw from the world, is nothing less than the all-consuming chaos of love. From the film’s peculiarly static opening moments within a coldly blank lock-up, in which shadow and darkness make the space feel far more constrained and restrictive than it actually is, Anderson cajoles his central character into increasingly frenzied and impulsive action, through the relentless encroachment of chance and fate. The war of narrative is even foregrounded within Punch-Drunk Love in the beguiling use of synesthetic sound design, colour patterning and camera motion. Unlike in The Master or There Will Be Blood, Barry Egan is a protagonist who deep down inside desires the chaotic interventions of fate that love embodies. The war of narration in Punch-Drunk Love is between the contained, frustrated and indecisive Barry of the film’s opening, and the explosive, impulsive, passionate Barry that is so deeply mistrusted. The late confrontation with Philip Seymour Hoffman’s memorably loathsome Dean Trumbell is yet another classic Anderson narrative confrontation as it presents Barry with an external mirror of that emotionally crippled and stunted side of himself. And what is it that brings Barry to D & D Mattresses in Provo, Utah? A fateful call to a phone sex line, leading to a chaotically attempted fraudulent shakedown and blackmail operation. Narratives of self-actualisation pitted against the counter-narrative unpicking of chance and fate. In this regard, P. T. Anderson is the cinematic heir of a literary figure like Paul Auster, an artist committed to the notion that we can never be the masters of our own destinies, however hard we may fool ourselves otherwise.