BFI In Dreams are Monsters

Renowned writer, curator and director Kier-La Janisse is joining Matchbox Cine for a UK tour in support of a 10th anniversary expanded edition of her seminal book, House of Psychotic Women, subtitled an ‘autobiographical topography of female neurosis in horror and exploitation films’. Janisse’s ground-breaking mix of keen critical analysis and clear-eyed, thoroughly compelling memoir inspired a generation of critics, programmers and film-makers. The influential tome has also played no small role in canonising a range of obscure, fringe and forgotten genre titles, many now considered essential.

The House of Psychotic Women UK Tour is presented by Matchbox Cine as part of In Dreams Are Monsters: A Season of Horror Films, a UK-wide film season supported by the National Lottery and BFI Film Audience Network. The discussion will be followed by a book signing in the cinema (approximately 30 minutes) and then a screening of the film The Brood, introduced by Kier-La Janisse.

The Brood | Frank Carveth is becoming increasingly concerned about his ex-wife Nola's secretive treatment at the sinister Somafree Institute of Psychoplasmics headed by cult figure Dr Raglan. The doctor's controversial and extreme methods seek to unleash his patients' rage, often taking on physical manifestations. As Frank delves deeper he is finally led to a horrific and repellent final confrontation.

(*Automatically applied at checkout. Tickets for each event are £10/8) 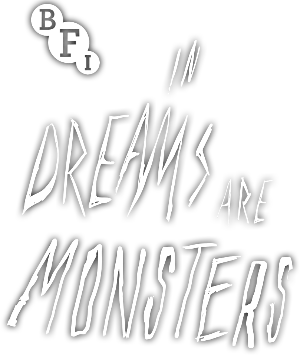 Renowned writer, curator and director Kier-La Janisse is joining Matchbox Cine for a UK tour in support of a 10th anniversary expanded edition of her seminal book, House of Psychotic Women, subtitled an ‘autobiographical topography of female...

Art Hindle stars as Frank Carveth, the exasperated husband of Nola (Samantha Eggar), a neurotic woman who’s checked herself into the Somafree Institute for experimental therapy...