When I tell people I’m a festival director they think it sounds glamorous.

When I tell them I’m a horror festival director, they often change their mind. I understand: horror can be a very off-putting word and it’s why horror films are more often referred to as thrillers or midnighters but when I started out, we weren’t quite so squeamish!

After all, in the great tradition of spine-tingling campfire stories, horror films are simply morality tales to keep us on the straight and narrow... and ideally indoors after dark, out of the basement and away from strangers.

I came to my genre through a festival which screened horror, fantasy, science fiction and the simply unclassifiable. While I enjoyed the films, I really loved the inclusive and friendly atmosphere, the welcoming community of film-lovers I became part of.  When that festival ended I didn’t want that part of my life to end so I did what anyone would do... I launched my own festival.

In my late teens I’d been invited to a Valentines party which included a midnight horror video so all the girls could pretend to be scared and all the boys could offer a reassuring arm around a shivering shoulder. Slightly less scared of horror movies than boys, though, the opening credits drew me to the TV like little Carol Anne in Poltergeist, hypnotised in fear and fascination. That film was Evil Dead 2: Dead by Dawn and it’s how my festival got its name. 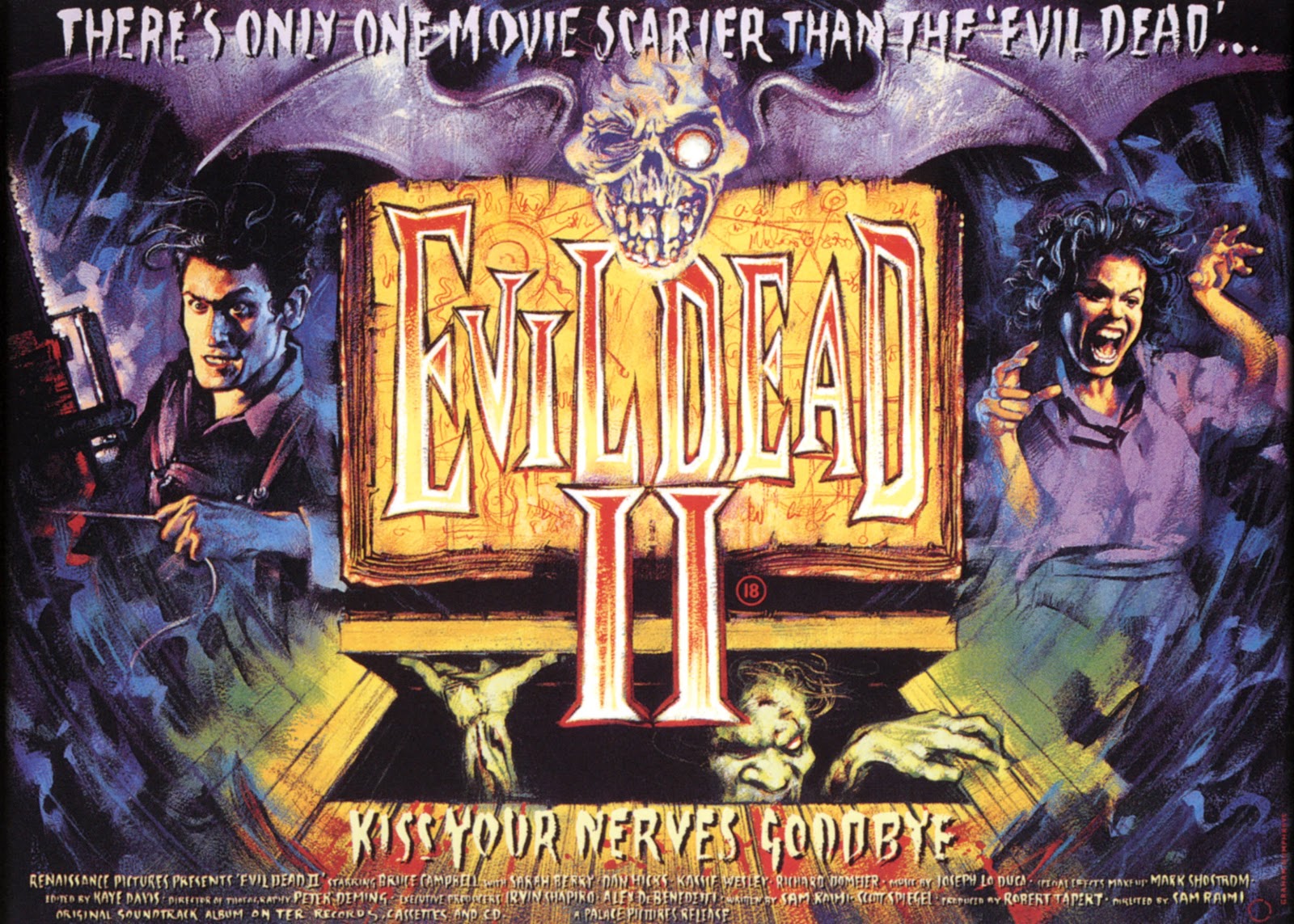 What I want to share with my audience is thrills and chills, suspense and atmosphere.

For that I love Hitchcock, Roeg and Kubrick; Spielberg and Cronenberg; Vincent Price and William Castle. Above all, I love wit and an appreciation of the dark absurdities of life. One of my favourite authors is Ray Bradbury whose extraordinarily creepy short stories exemplify horror at its most elegant.

Looking for exceptional tales in that spirit to share with my audience I sift through hundreds and hundreds of submissions to find the ones that address our mortality in interesting, unique ways.  They are frequently funny, sometimes melancholy, sometimes profound, sometimes wild and unpredictable but every one is guaranteed to engage and captivate, surprise and even delight!

I opened my first festival in 1993 screening Murnau’s Nosferatu with live piano accompaniment.

8 hours before the midnight show with the pianist en route from London, Filmhouse called to say they’d just discovered they didn’t have a piano. Frantic, I managed to source an upright but was told it must be moved in during the main evening show. So that’s how my career began, with three of us trying to sneak a shoogly piano upstairs under strict instructions to keep the audience in Cinema One blissfully unaware of the chaos. Easier said than done!

The following year involved a world premiere and a very nervous director.  Not long into the film one of the 35mm projectors developed a strange new fault. No problem, the film was moved to the other projector which promptly developed a completely different but equally troublesome fault. Neither projector ever had the same fault again.

The director remains convinced to this day his film is haunted.

The next year our guest was a charming French director who fell in love with Edinburgh’s architecture and whiled away the sunny Spring afternoons visiting Greyfriars and Canongate churchyards, beguiled by their beauty. As I recall, one paper reported this in a slightly different way, implying the director might one day desecrate those sacred grounds by using them as sets for debauched satanic films! It’s exhausting to be confronted with quite that much drivel in one go so we let the phoney moral outrage splutter away to itself while we sat quietly in Cinema One watching a Hitchcock classic and enjoying a nice glass of wine. 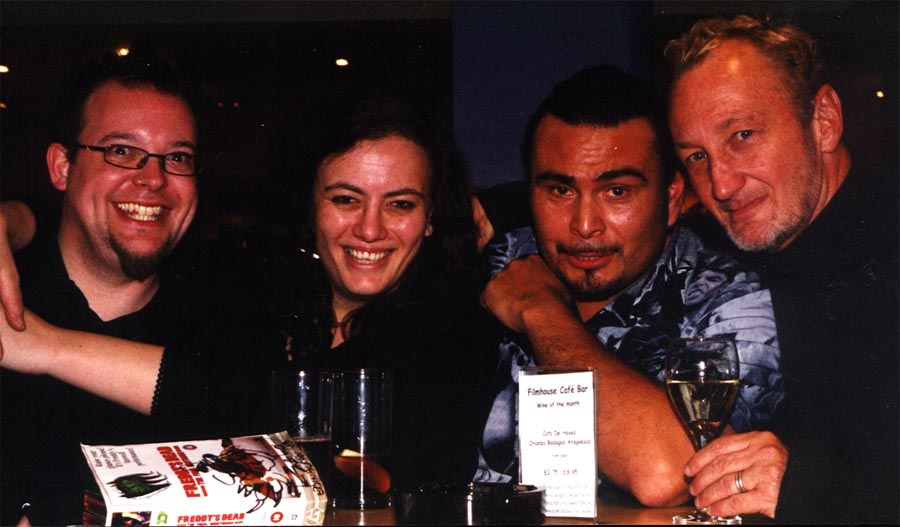 Since those slightly chaotic early days, our line-up has been a steady succession of UK and World Premieres whose directors although unknown at the time are now household names. Whether it's Braindead’s Peter Jackson now familiar as the director of Lord of the Rings or Dog Soldiers’ Neil Marshall directing episodes of Game of Thrones and Westworld, this is what being a discovery festival is all about – we unearth incredible new talent long before anyone else!

Dead by Dawn has a wonderful audience who are the friendliest and most welcoming you will ever meet.

We are all the wise children who may still occasionally check under the bed; we are the children led to horror by the terrifying Central Office of Information films of the 60s and 70s, who were scarred by Threads and When the Wind Blows in the 80s. Watching scary movies sometimes is how we help make sense of a frightening world – the film subsumes our fears and vulnerabilities until good wins out (usually), the lights come back up and we head to the bar – I swear there’s no better cure for goosebumps than a large G&T. 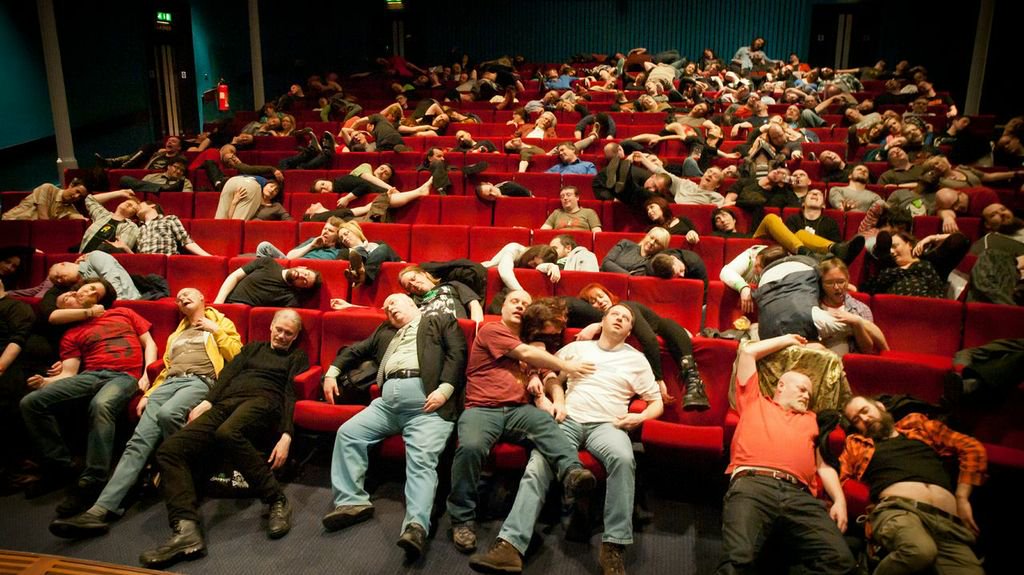 Cult director Frank Henenlotter (centre, front) likes to take selfies where he pretends to be dead. Our 2013 audience were happy to join in!

Yet with all that experience of horror, I once went the long way round an exhibition to avoid walking in front of a Dalek. Well can you blame me? More embarrassing, though, was when later that same year Ray Harryhausen asked if I'd like to meet a friend of his. He opened his hand to reveal a teeny, perfect Medusa in all her serpentine, malevolent glory. Instantly transported back to being terrified by her as a kid, I burst into tears. I was 24.