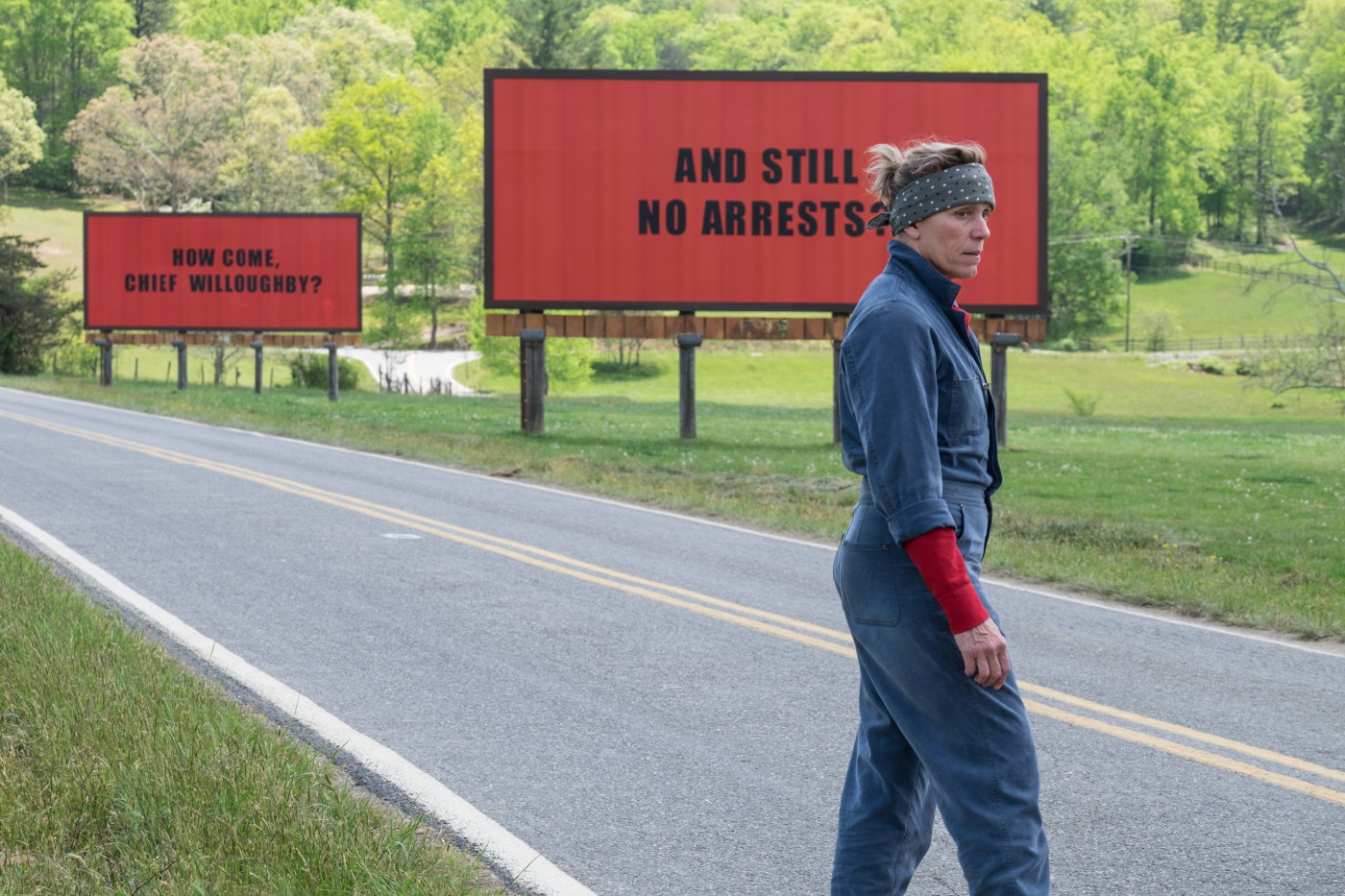 After sweeping up awards in the past week, including Best Picture, Best Actress and Best Supporting Actor at the Golden Globes©, we can't wait to see Three Billboards Outside Ebbing, Missouri. Frances McDormand is a bereaved mother who demands justice for her daughter's murder by antagonising the local police chief (Woody Harrelson). From Martin McDonagh (In Bruges, Seven Psychopaths), it's full of the crackling dialogue, gallows humour and depth of character that have become the director's hallmark.

We're also screening Molly's Game, Aaron Sorkin's true-life thriller about the life of Olympic-class skier (Jessica Chastain), who ran the world's most exclusive high-stakes poker game for a decade before being arrested in the middle of the night by 17 armed FBI agents. Featuring savvy dialogue and stellar performances from Idris Elba, Michael Cera and Chris O' Dowd, it's a dazzling story of perseverance.

Continuing at Filmhouse is Hostiles. Set in 1892, it tells the story of a legendary Army Captain (Christian Bale), who after stern resistance, reluctantly agrees to escort a dying Cheyenne war chief (Wes Studi) and his family back to tribal lands.  Based on an idea originally conceived by the late Donald E. Stewart (writer on Missing) and adapted for the screen by director Scott Cooper, this violent, handsome western is equal parts thoughtful and ferocious.

Kicking off as the first Uncanny Valley screening of 2018 is Delicatessen, a post-apocalyptic surrealist black comedy about the landlord of an apartment building. A delight for the eyes and ears - bon appétit! Showing on Sunday only as part of Filmhouse Junior is Young Frankenstein, in which the American grandson (Gene Wilder) of the infamous scientist, struggling to prove that he is not as insane as people believe, is invited to Transylvania, where he discovers the process that reanimates a dead body. A wonderful comedy classic with plenty of laughs for all ages!

Our Herzog of the Month is My Best Fiend, which explores the bewildering love-hate relationship between Werner Herzog and Klaus Kinski, and Wednesday sees the next addition in our celebration of 40 Years of Filmhouse - 2015's Timbuktu, which won seven awards out of its eight nominations at the Cesar Film Awards. It tells the story of a cattle herder and his family who reside in the dunes of Timbuktu, and find their quiet lives -- which are typically free of the Jihadists determined to control their faith -- abruptly disturbed.

On Monday we welcome playwright Jo Clifford to Filmhouse as our next House Guest, and the first film of her selection is Neil Jordan's Oscar® winning psychological thriller The Crying Game, which will be followed on Thursday with Luis Buñuel's The Exterminating Angel. Both screenings will be introduced by Jo Clifford herself!