Behind the Scenes: Joker in 70mm

Joker will make its screen debut at Filmhouse this Friday, after weeks of anticipation. Filmhouse will be the first cinema in the UK, outside of London, to screen the film on 70mm, making this a highly exclusive opportunity to appreciate Joker in a very different light to its digital counterpart.

In recent years, 70mm film has made something of a comeback, with some high-profile directors championing its revival. Quentin Tarantino is one such figure, shooting The Hateful Eight (2015) on 70mm. Christopher Nolan encouraged audiences to see 2014 space epic Interstellar in 70mm. Joaquin Phoenix, playing the titular lead in Joker, previously appeared on 70mm in Paul Thomas Anderson’s The Master back in 2012.

As Joaquin Phoenix graces the screen in 70mm again - and with Filmhouse’s past record of showing 70mm films (Dunkirk, Interstellar, 2001: A Space Odyssey) - we want to give you a look behind the scenes. What is 70mm exactly? How do we prepare for such a screening? Why does it make all the difference for a spectacle such as Joker? We speak to Filmhouse’s Head of Technical, David Boyd, to get the answers.

"70mm film was the high definition of the 1950s.  It was brought about by the need to improve picture and sound quality on screens that were getting much larger, whilst the 35mm prints stayed the same size. It was a real stretch with the print quality at the time, so 70mm came along with its non-anamorphic process (no picture stretching) and 6 tracks of magnetic sound."

The plate, through which the film is projected, is hand-cut. How does this process work?

"The aperture plate sits behind the film and the film passes across it. Its job is to block light to the film path, and to correct any triangulation that happens when projecting off-centre and high up. 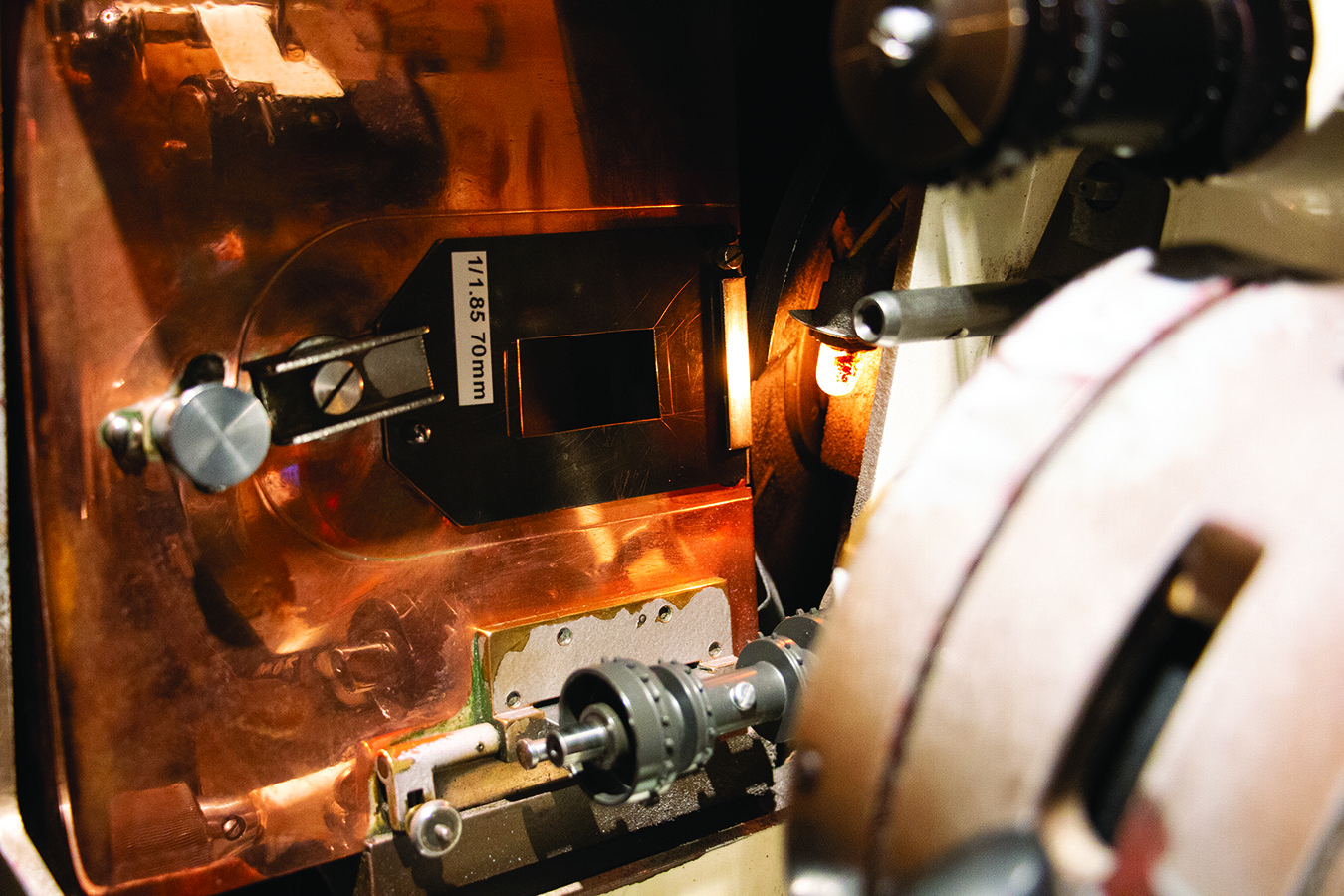 The plate is made of soft brass, a little less than 1mm thick, and the screen shape is set using the movable black cloth masking. Then the plate is filed out to precisely fit that shape, which takes quite a long time. Where you might start with about six strokes of the file, this then reduces to only one at a time so you don’t over cut it. 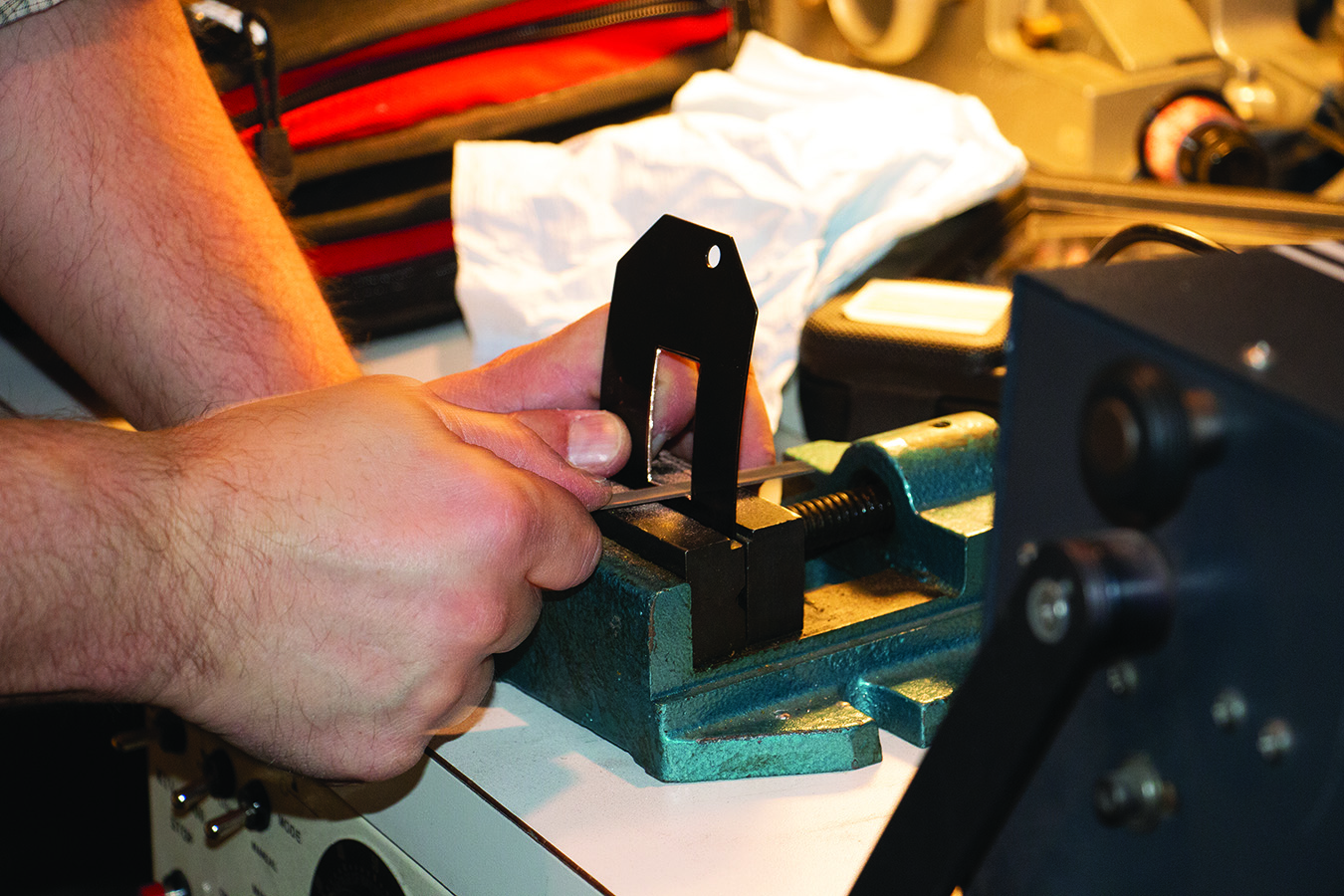 Pete Naples, of Omnex Pro Film, cuts our plates. He has the unfortunate reputation of being excellent at it - unfortunate, as no-one likes cutting plates, due to its fiddly and time-consuming nature." 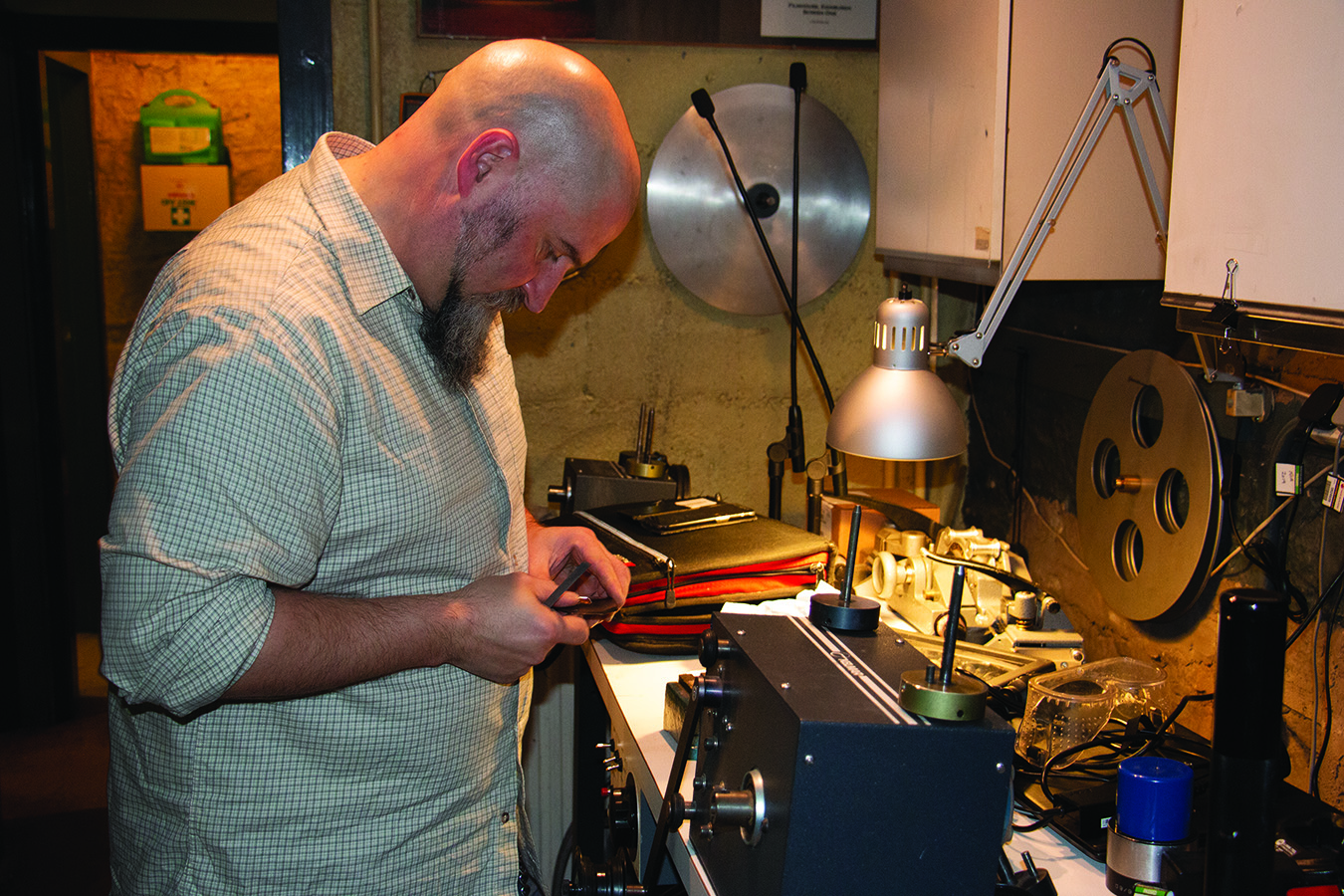 Why do we need a new 70mm plate for Joker, when we have shown 70mm films here previously?

"The reason for cutting the plate this time is that the projector has been re-positioned, so the film will reach the screen from a different angle. This is the first time it has been moved since it was installed here at Filmhouse in 1982 - weighing in at half a metric tonne, it is not something that is easily moved about!"

What are the benefits of watching a film, such as Joker, in 70mm?

"Joker will benefit, because the 70mm projection system exceeds even our 4k digital projection system. This film was shot on a digital 65mm capture equivalent, which is getting on for 8k resolution."

Joker screens daily at Filmhouse on a 70mm print from Fri 8 Nov to Thu 14 Nov.