"Three billion human lives ended on August 29th, 1997. The survivors of the nuclear fire called the war Judgment Day. They lived only to face a new nightmare: the war against the machines." – Sarah Connor, Terminator 2: Judgment Day (1991)

Is this what a future with robots looks like?

This is a question explored in the fascinating Robots exhibition, currently on at the National Museum of Scotland.

If we're looking to cinema for inspiration, the answer is: 'pretty bleak'.

Certainly two of the 'film star' robots on display in the exhibition seem to carry a depressing message about our future chances as human slaves in a robot nation. 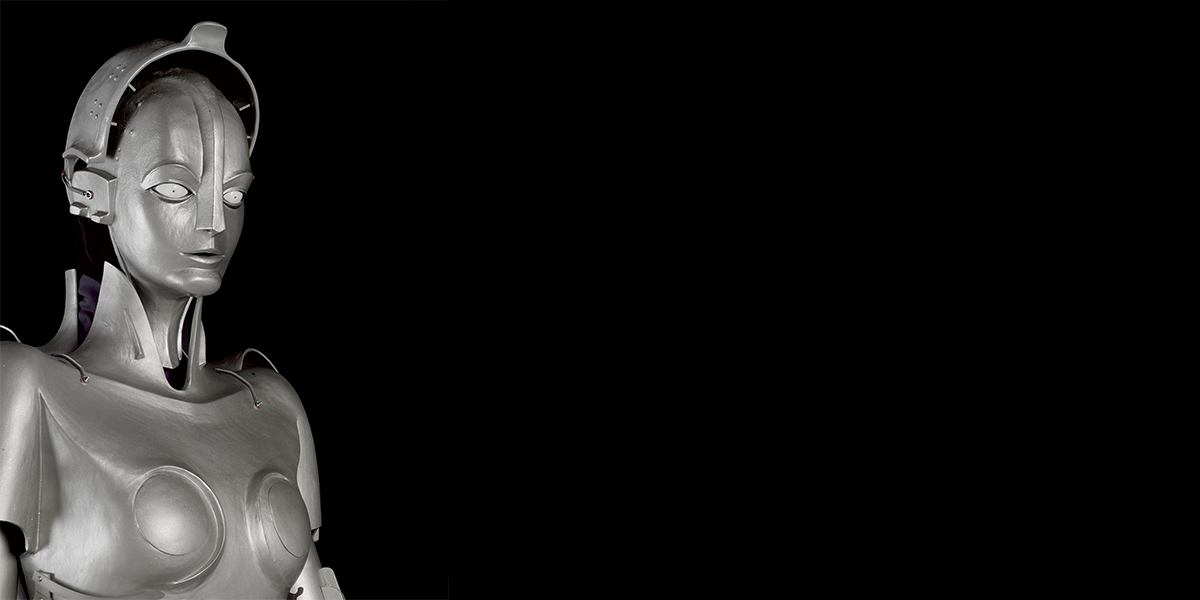 The film is set in a monochrome future dystopia where downtrodden workers are slaves to a vast, monolithic, underground machine that sucks their lives away, while, above ground, the rich frolic, care-free, in a Great Gatsby-esque hedonistic paradise. The saintly Maria is a figurehead for the oppressed workers, bringing a message of peace and mediation. But when the callous City Master exploits her influence, replacing her with a robot lookalike to sow discord, needless to say, everything goes horribly wrong…

Metropolis came out just seven years after the word 'robot' was first coined, by the Czech writer Karel Čapek in his play Rossum’s Universal Robots. In Czech, 'robota' means 'forced labour', and in the play, the robots are not machines but synthetic people, a bit like cyborgs or Bladerunner's replicants.

In Metropolis, the workers are human but behave like robots, moving together in ponderous synchronicity, thinking as one. In contrast, the Maschinenmensch (or human machine) Maria is full of life and vivacity and mischief – just who is more real here? And while the film does offer a final (if somewhat sentimental) message of hope – that the rift between the workers and masters can be mended through loving mediation – the overwhelming impression you're left with is one of humanity and mechanism gone scarily awry. 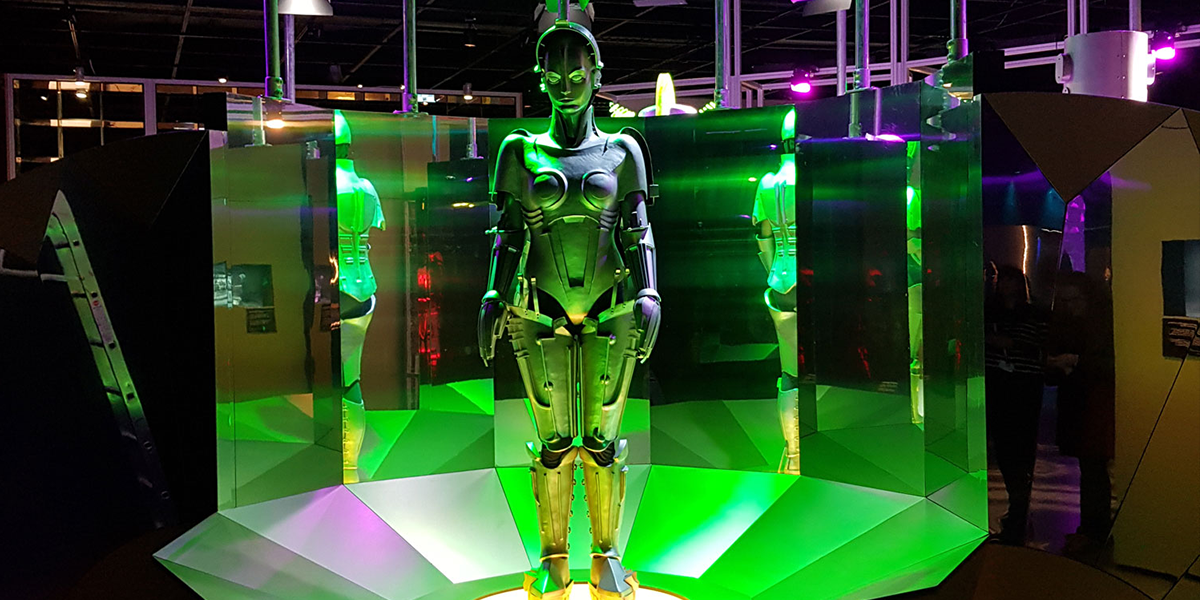 Replica of Maria on display in the Robots exhibition at the National Museum of Scotland.

Opposite Maria in the exhibition is another terrifying portent of the future: the T-800 endoskeleton from The Terminator. This is the almost indestructible metal frame that sits within Arnold Schwarzenegger's killer 'cybernetic organism', surely one of the best-known man-machines of all time (and certainly my favourite!) 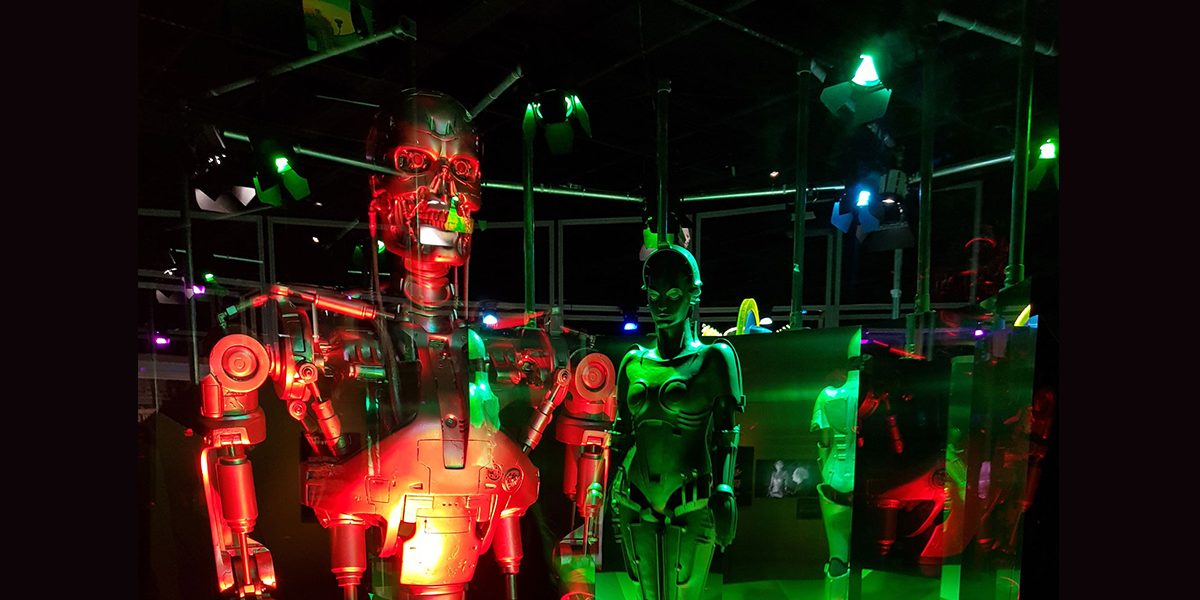 T-800 Endoskeleton robot, used in filming Terminator Salvation, New Mexico, USA, 2009, on display in the Robots exhibition. You can see a reflection of Maria in the mirror behind it.

But while, in Terminator (1984), the T-800 is the embodiment of unstoppable, single-minded, deadly force, in the sequel, Terminator 2: Judgment Day (1991), the tables are turned. Now the T-800 is back not as a destroyer but a champion, reprogrammed and dispatched to the past to protect the young John Connor from the far scarier T-1000 model (surely the most sinister robot to stalk the screen since Yul Brynner's terrifying cowboy in Westworld).

Of course, none of the 'real' robots in the exhibition are anything like as advanced as Arnie. Scientists are still working to develop robots that can walk confidently in the way we humans take for granted, let alone engage in conversation, make decisions and wield an Uzi 9mm. 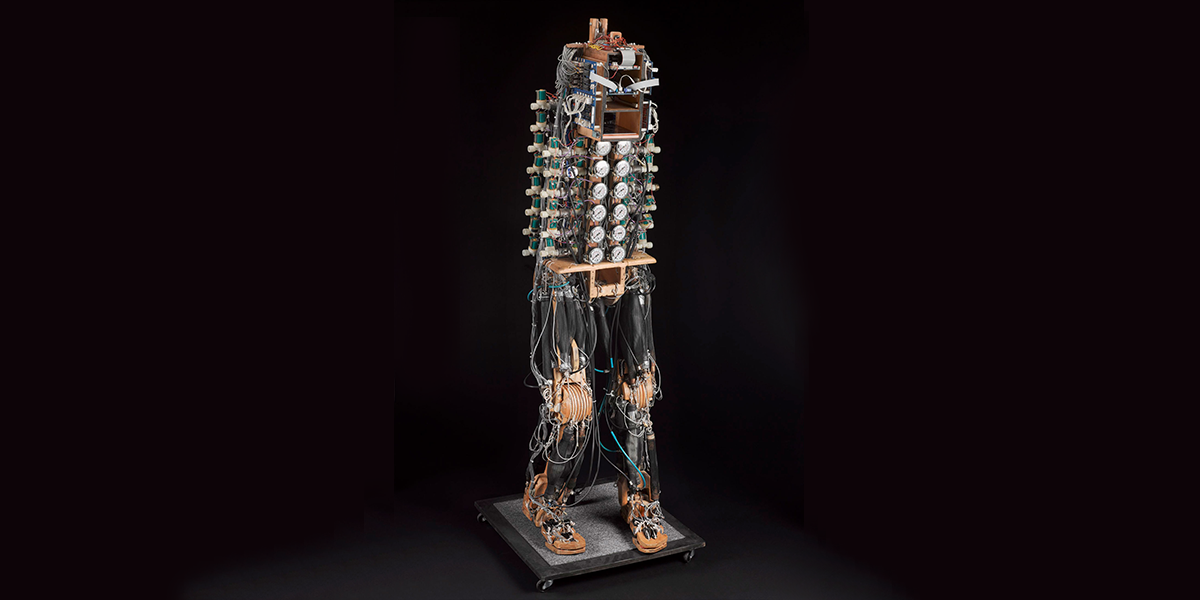 This Bipedal Walker, built by David Buckley and the Shadow Robot Project Group, in 1987-97 was one of the first robots outside of Japan to wobble forward on two legs. © The Board of Trustees of the Science Museum.

Yet huge breakthroughs are being made, and, rather than threatening us with robotic world domination, the robots of today and tomorrow on display in the exhibition are all about making the world a better place – less Skynet, more the lovable helpers of Robot and Frank or Big Hero 6. Sweet social robot Pepper, for example, was built to be a companion. Human support robots can help care for people in their homes. Doll-like robot Kaspar helps children who have autism spectrum condition learn about communication and how to interact with other people. 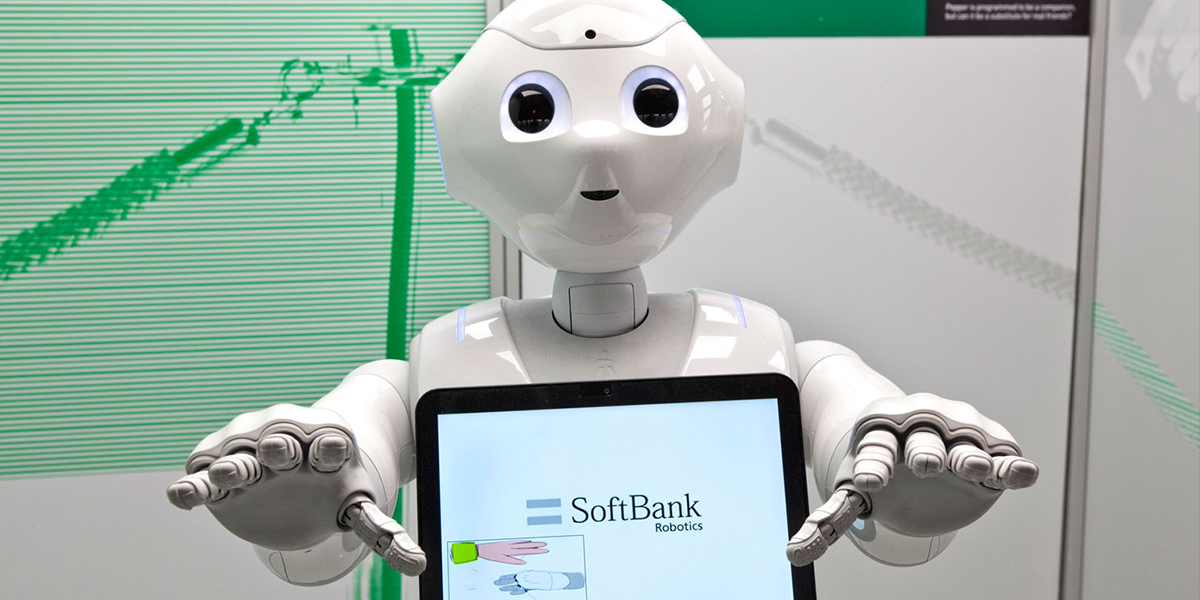 Robot companion Pepper, built by SoftBank, 2014 © The Board of Trustees of the Science Museum.

And even in the apocalyptic Terminator movies, there is hope. Through its growing 'friendship' with the teenage John Connor, Arnie's T-800 is humanised: it acquires a sense of humour (of sorts), picks up the lingo and, most importantly, learns to value human life. And, as Sarah Connor puts it: 'if a machine, a Terminator, can learn the value of human life, maybe we can too.'

Whatever your opinion – whether you're stockpiling weapons for Judgment Day or can't wait for a world in which robots will take the strain – you'll find plenty to fuel your imagination at Filmhouse this spring, as the Robots season takes us from the future past into the final frontiers of space. So come and meet the robots in the exhibition, then see them in action on the big screen. Hasta la vista, baby…

Robots is on at the National Museum of Scotland until 5 May 2019. Find out more and book your tickets at www.nms.ac.uk/robots

Developed by the Science Museum.