Tremors: Shining a Light on the '90s Creature Feature

For a film set almost entirely in broad daylight, it’s ironic that cult horror comedy Tremors works so well as a late night staple of cable channels and as part of Filmhouse’s twisted Uncanny Valley strand.

It was a post-watershed viewing of Tremors on BBC One in the early 90s that first introduced me to the residents of Perfection, Nevada, as handymen Val McKee (Kevin Bacon) and Earl Bassett (Fred Ward) try to leave the Valley before uncovering a trail of death and destruction that forces them to look beneath the surface of their quiet desert town.

I was instantly hooked, getting caught up in the interactions between Val, Earl and the various townsfolk played by some of America’s finest character actors, from the gun-toting conspiracy nut, Burt Gummer (Michael Gross) and his wife, Heather (Reba McEntire), to store owner Walter Chang (Big Trouble in Little China’s Victor Wong). There’s even an appearance from Ariana Richards as the pogo-sticking Mindy, an actress who’d go on to have a larger role as Lex in Jurassic Park.

One of the smartest decisions made by screenwriters SS Wilson and Brent Maddock was to play with audience expectations of horror films. We’re used to seeing - or rather half-seeing - creatures and killers lurking in the shadows, before jumping out for maximum shock value. For films with modest budgets and a high reliance on hand-made, practical effects, shrouding the nasties in darkness can hide a multitude of sins. 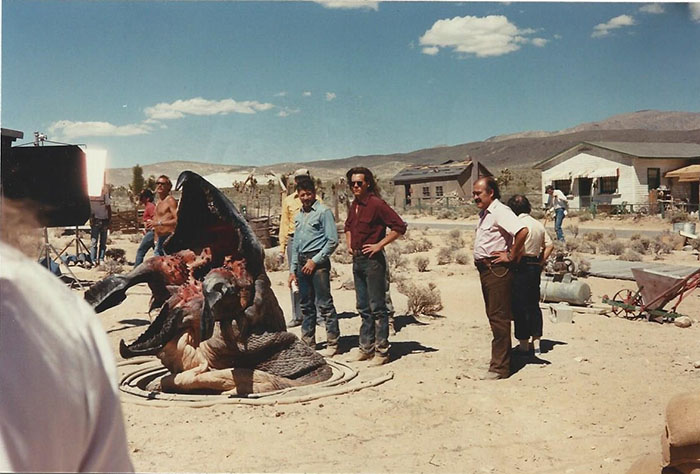 Tremors’ monsters, the Graboids, were 100% practical, a combination of hand puppets and large-scale fibreglass bodies, meaning any imperfections would be clearly visible when shot in the harsh light of the Californian sun, near the small town of Lone Pine. However the finished film is a masterclass in sleight-of-hand from the effects teams, particularly miniatures experts Dennis and Robert Skotak and creature designers Tom Woodruff Jr and Alex Gillis. I defy anyone to accurately point out which Graboid is full size and which is miniature during their first few viewings.

While a daytime horror film set in the desert may be something of a treat for the viewer, it wasn’t the most popular choice of location for all of the crew. Much of Tremors was shot against the stunning backdrop of the imposing Alabama Hills, which would cast a shadow on the Valley at the start and end of the day. “Usually you schedule a film in such a way that when you lose daylight you can go in and continue shooting inside,” cinematographer Alexander Gruszynski told me in 2014. “We had very few opportunities to do that because of where the story takes place, with few interiors.” 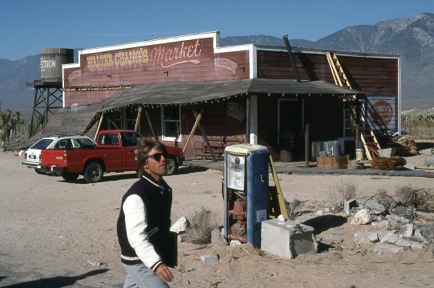 With its “real” monsters (CGI had yet to descend on Hollywood’s FX houses), engaging characters and mix of genres (Tremors should really be labeled a horror/sci-fi/comedy/romance/western), the film is a gloriously entertaining way to spend a late night at the movies. It says something about the film’s enduring popularity that Kevin Bacon recently filmed a new TV pilot that revisits his character almost 30 years later, though it remains to be seen whether it’ll ever get to see the light of day.

Jonathan Melville is the author of Seeking Perfection: The Unofficial Guide to Tremors