Young Programmers are a group of 15-19 year-olds with a real passion for film.  Meeting weekly they work together to select, promote and host films for Filmhouse and the Edinburgh International Film Festival (EIFF).

EIFF Young Programmers is an excellent opportunity for young people who are serious about film to take part in a well-established, vibrant and innovative film festival.

This year we are working with pupils from Tynecastle High School. Every week they meet with our education and learning team to watch films, learn about film programming and how to plan and promote exciting screening events. 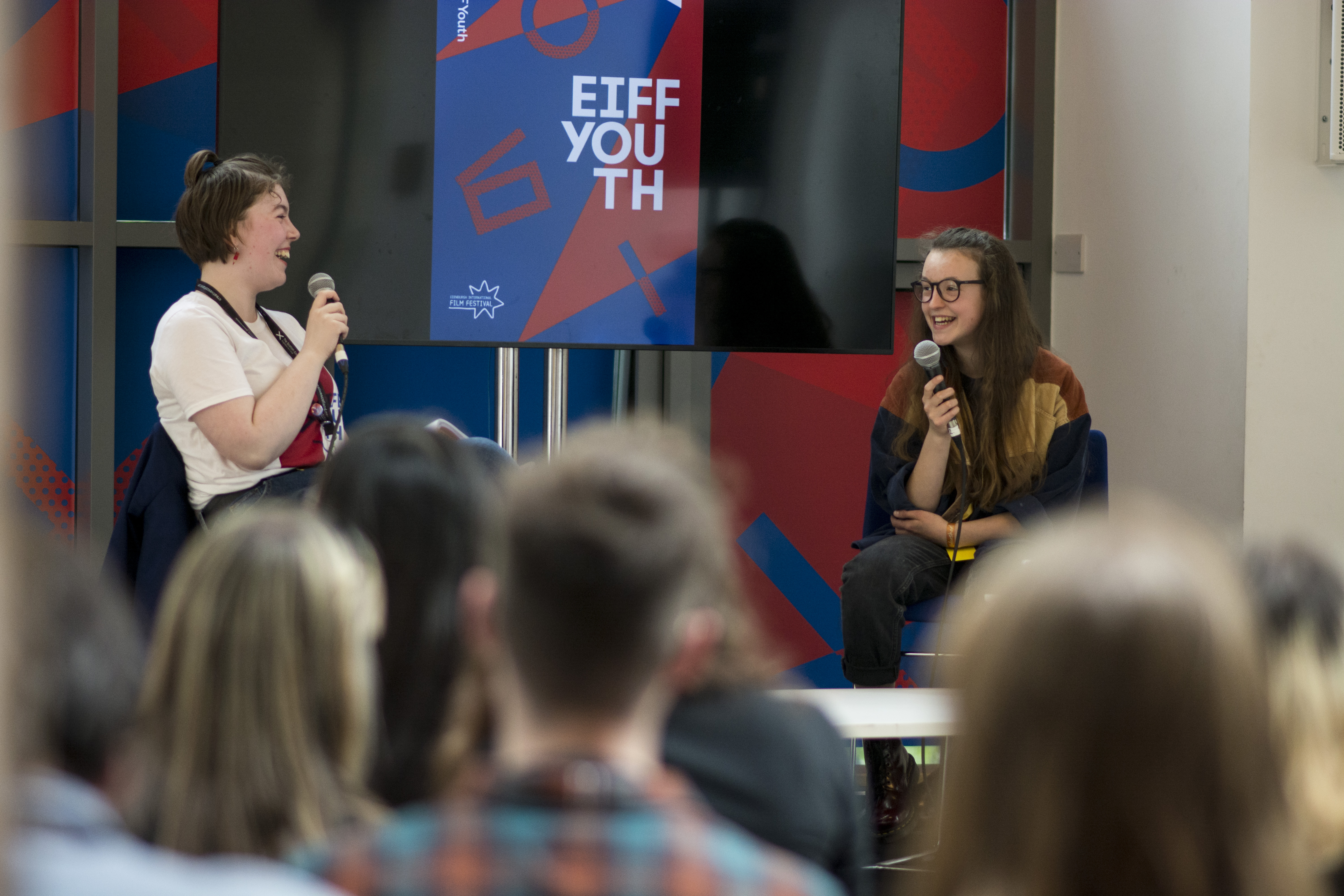 The Young Programmers curated two screenings in March this year at their EIFF Youth Weekender. They were concerned about the rights of marginalised groups and decided that their film programme should explore ideas around race, highlighting the work of two incredible directors of different genres.

They selected two films, Get Out (Jordan Peele, 2017) and BlacKkKlansman (Spike Lee, 2018) to be shown at Filmhouse Cinema. Four students wrote their own introductions to the films, highlighting why they were chosen and their importance to cinema. These were then delivered to audiences before the film with an accompanying BSL interpreter. Both films were also screened with captions, making them accessible to the D/deaf community.

"I really enjoyed presenting at Filmhouse. I was excited and happy to be a part of it" - Logan, Young Programmer

"Presenting at Filmhouse was a really pleasent experience that will for sure stay in my memory! It made me feel quite empowered as I've never done anything like that before." - Lena, Young Programmer

The Young Programmers will be taking over the Edinburgh International Film Festival In the City programme for a day in August, so keep your eyes on our social media!

Many of our young programmers go on to study film and media and work in the industry. Why not check out our EIFF Youth 2021 highlights reel here -  it was made by former Young Programmer, Dylan-Starr Adams.

EIFF Young Programmers is part of EIFF Youth.  EIFF Youth is funded through the PLACE Programme, a partnership between the Scottish Government through Creative Scotland, the City of Edinburgh Council and the Edinburgh Festivals, and supported by Baillie Gifford, the Foyle Foundation, Gannochy Trust, Procam Take 2, and Young Start.